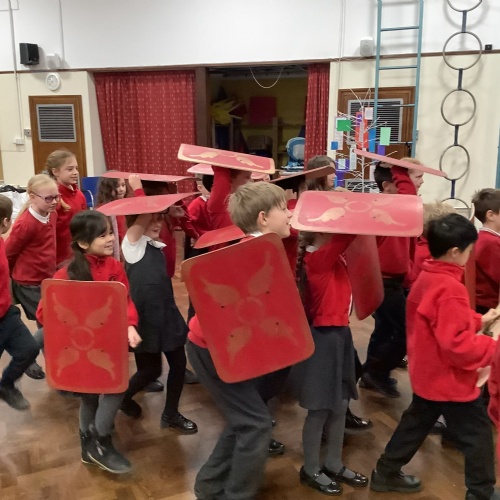 We were extremely excited to meet the fearless and victorious Maximus Fabius Manlius Gregorius to Parks Class to help us learn more about the Romans!

Gregorious was a Roman Legionary and led the Y3/4 children through a gruelling day preparing them to become part of the Roman Army.

Our day was full of learning opportunities and included exciting tasks. Today we learnt about:

- the weapons carried by soldiers and how these were used in battle.

- the criteria to join a Roman army.

- tortoise shell formations and practised this as a class!

-created clay models of figures that would have been catapulted in battles.

and finally... listened to a traditional Roman myth!

Phew! What a fun filled day Parks class! I hope you all enjoyed such an exciting day!