Our trip to the National Justice Museum! 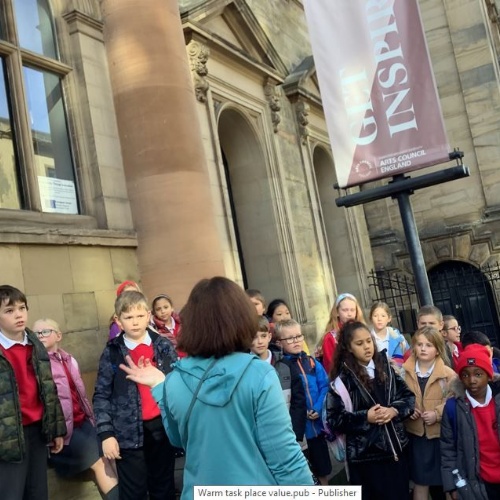 Andersen Class were very excited at the beginning of the week, to go on our first trip to the National Justice Museum

Over this half-term, Year 4 have been learning all about crime and punishment throughout time, so we travelled back in time and explored lots of different time periods at the National Justice Museum.

We started the day by travelling back to the Georgian period and went down to the old prison cells underneath the museum. While we were here, we got to meet a prison guard (who was quite scary). He treated us all like prisoners and told us all about the different punishments they would have used and explained to us that prisoners would spend up to 9 months in one of these cells before they would be transported to Australia or America. The children found it even more fascinating when they found out that prisoner had to pay to be in prison.

We then travelled to Victorian times and met a matron, who told us all about how men and woman prisoners were separate. After this, looked around a woman's cell and found out that all women would have their hair cut to their shoulders, and they would use the hair for the mattress that they slept on. We also learnt that they would only get clean clothes once a month. While exploring, the children had a jog around a courtyard like the prisoners would do back in the Victorian time.

Next, we went and explored some punishment throughout time: this is where the children got to learn all about the stocks, branding, scold bridle and even got to put their head inside a real stock. The children found the branding irons the most fascinating and decided that this was one of the worst punishments. After this, we learnt all about the hard labour that some prisoners had to do and even got to have a go.

By this time the children had built up an appetite, and we had a break from all the gruesome punishment and ate our lunch.

After lunch, the children got into character, dressed up and acted out a court scene in a real courtroom, where they all decided that Emmeline Pankhurst was guilty of her crimes and sentenced her to 9 months in prison.

The children had a wonderful time and were an asset to our school. We even got a phone call from the National Justice Museum saying how well behave and polite they had been. Well done Andersen Class!

I would also like to say thank you to our parent volunteers for coming and helping us it was very appreciated.

Click the below to see the photos from the trip.