How does a submarine work? 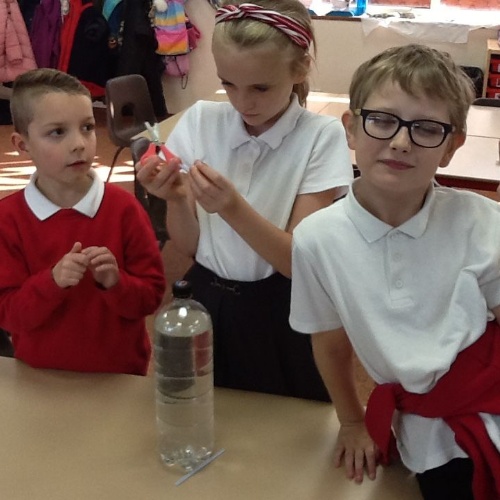 In Year 4 we have created a model demonstrating how a submarine works using a bendy straw and reusable sticky tack. We have carried out an investigation and now understand that the ‘submarine’ works because when the bottle is squeezed, the increased pressure squashes the air bubble inside the straw. Squashing the air bubble increases its density above that of the surrounding water, making it sink. When the bottle is released, the air bubble expands again and its density decreases, making it rise.

Why not have a go at home and try and recreate these?