Another great run in the Village QUiz 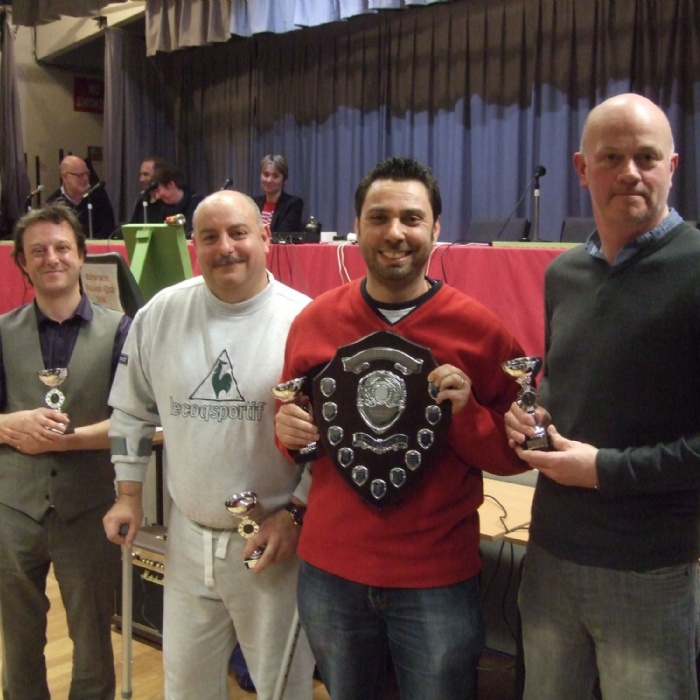 KPNS quiz team once again make it to the final of the Keyworth Village Quiz!

After reaching the final last year, parents and governors teamed up again to represent the school up on stage in the fantastic Keyworth village quiz.  Over a number of weeks they competed in matches to battle through the rounds. In the first round they defeated the Keyworth Rugby club and after a slow start in round two they came back in the final buzzer section and overcame the Labour Party. Thanks to some rounds of questions that were right up their street, the quarter finals proved easier than expected against a formidable team of Scout Parents.

Having made it to the last week of the competition, the tension mounted and the audience swelled for the finale. The semi final was a close run match against the Guitar Club and again the final buzzer round proved decisive in the end to hold onto a narrow lead developed earlier in the match.

So once again, the school had reached the finals for the second year in a row and this time they faced a clash of the schools against Willowbrook! Being the final, it was even longer with an additional picture round, surprise round, 'one on one' buzzer round and the dreaded individual mastermind round!! Unfortunately, as in quarter final when our team got questions well suited to them, this time the picture round was right up  Willowbrook's street and KPNS fell behind. Despite scoring more points in the final marathon buzzer round, the mountain  to climb was far too high and they ended up eventual runners up to a well deserving team. It was an exciting journey and another proud moment for the school with the runners up shield returning to our trophy cabinet. Roll on 2017 when hopefully we can finally go one better....!